Get fresh music recommendations delivered to your inbox every Friday.
We've updated our Terms of Use. You can review the changes here.

Blueprints of the Afterlife 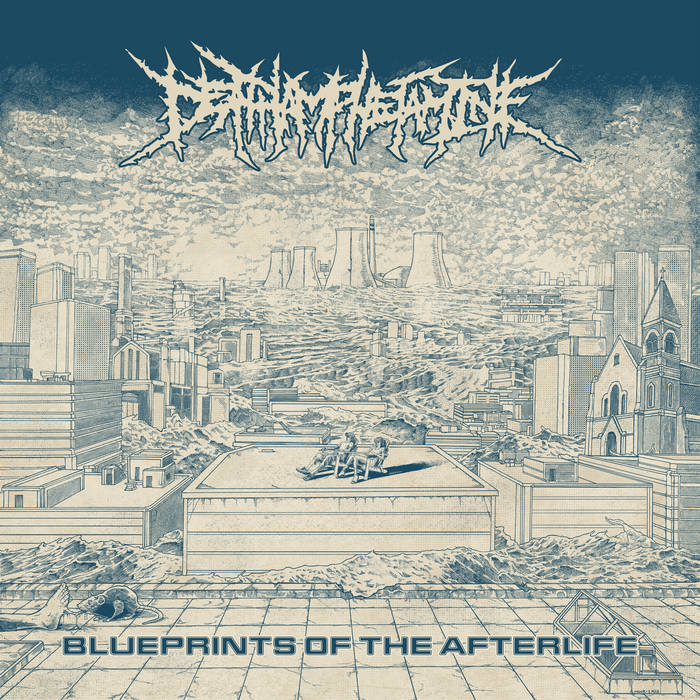 This album was from the first digital DA recording that I ever attempted in 2007-2008. It was quickly abandoned when I realized that I didn't know what the fuck I was doing when it came to recording. The songs on this album were so technically difficult that it kind of drove me crazy and led to the reboot of the band in 2009 as a more stripped down outfit. This technical difficulty, combined with my insane ideal of trying to make everyone do everything in one take, and my lack of recording knowledge, really broke us all down completely.
So this is from the dead period of the band from 2006-2009, a true "Lost Album" as it were... Attempts to bring this back from the dead were made a couple of times, and after recording a bunch of other bands and taking some recording courses, I was finally able to get it into a releasable state... warts and all. This is not your typical polished modern day tech-death album. It is full of mistakes and the sloppy, surging intensity that was always the reality of the band.
It features some guest appearances by past members Asaf Jalfin and Ben Hunsdorfer and features underrated DA vocalist Pat Rennick (Spitting Black & Brain famine) who finally gets to have his contribution to the band be recognized.
The subject matter of the album is very dated, but seems newly relevant today in our rapidly decaying world. It is also somewhat prophetic of the obviously inevitable current state of things, so what better time than now?
The cover art and title are a direct tribute to the amazing sci-fi novel "Blueprints of the Afterlife" by Ryan Boudinot. I cannot recommend this book highly enough. It's themes are so inline with the ideas that we have presented in DA over the years, that I wanted to tie them both together somehow. Mark Richard's painstaking rendition of the ideas based on the lyrical content of the band, and the design of the novel, is exactly the massive and immersive world that I wanted the listener to be able to enter.
Thanks everyone who ever supported us over the years! I am glad we could finally put this out. Just to be clear this is not a reunion or another re-boot, just a long overdue piece of unfinished business. Enjoy!

Produced by Deathamphetamine
Recording and mastering by Scott Beckett from 2008-2018
Cover art and Logo by Mark W. Richards at Heavy Hand Illustration.
www.heavyhandillustration.com

Guest Lead guitar by Asaf Jalfin on "They Live, We Sleep"
Guest Vocals by Ben Hunsdorfer on "Dark Chivalry"
and introducing Ryan McConnell for breakdown death gurgles on "The Grand Homogenizer"

Check out the new album “Blueprints of the Afterlife”